New specials for Caillou and Denis and Me headline animation slate, alongside new series Lucas the Spider and Summer Memories

TORONTO, Sept. 1, 2021 /CNW/ - WildBrain Television, one of Canada's most-loved kids' and family broadcast networks, is pleased to announce a robust and diverse slate of partnerships with Canadian producers for seven new greenlights across animation and live-action, adding to three other Canadian series announced earlier this year. Exclusive to WildBrain Television in Canada, the new titles will premiere across our suite of channels beginning this October and continue rolling out through 2022. The new slate of programming features something for every member of the family to enjoy, including animated comedy, new kids & family dramas and ground-breaking preschool content. 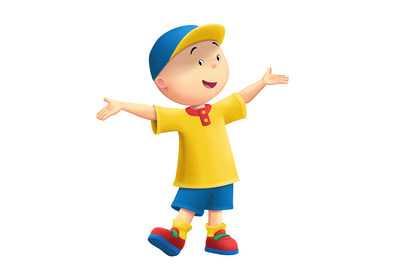 Leading the animation roster are five new WildBrain original CG specials for Caillou, marking the first new long-form content for the beloved preschool brand in almost a decade. Young kids will also be delighted by Lucas the Spider (Fresh TV), a new CG-animated series about a curious and cute four-year-old arachnid, based on the popular YouTube shorts. Likewise, YouTube hit Denis and Me (Headspinner Productions) sees four new specials greenlit, following WildBrain Television's order for season two of the series earlier this year. Also, the brand-new series Summer Memories (Aircraft Pictures, A&N Production and YETI Farm Creative), chronicles the sweet, funny friendship of Jason and Ronnie as Jason looks back on the most pivotal summer of his life.

Heading up WildBrain Television's live-action lineup are two new family series: Ruby & the Well (Shaftesbury), which explores the wonder that follows a girl's discovery of a mystical source of wishes, and Take Note (Lambur Productions), tracking the fictional roller-coaster life of a talented musical teenager competing in a Hollywood reality show. Also newly greenlit is season three of the award-winning tween-favourite, Holly Hobbie (Aircraft Pictures). These new series and seasons join previously announced greenlights for 26 new episodes of Malory Towers (WildBrain & BBC), and The Fabulous Show with Fay and Fluffy (Lopii Productions), which teaches preschoolers about the importance of inclusivity and kindness.

Katie Wilson, VP, Channels and Content, WildBrain Television, said: "We're delighted to partner with such a talented, diverse group of producers and creators, reflecting our deep commitment to commissioning best-in-class Canadian content. These greenlights and renewals, feature an exciting mix of animated and live-action content, building on our network's promise to offer Canadian families a place to share compelling and entertaining stories together."

Adored by preschool kids 2-5, Caillou chronicles the daily life of an imaginative and curious four-year-old boy, who – like most preschoolers – is learning and growing a little more each day and doesn't usually get things right on the first try, despite his best efforts. Thankfully, he is supported and encouraged by his parents, friends and neighbours to never give up and keep pursuing his goals until he succeeds. Together, these supporting characters in Caillou's life serve as a calm and comforting presence, a gentle guiding hand leading him to new understandings and discoveries. The stories chosen for these stand-alone specials are to be enjoyed as family-friendly events throughout the year: Christmas, Halloween, Family Day, Summer Vacation and even tackling the important topic of bullying for National Anti-Bullying Day.

Based on the smash-hit YouTube shorts loved by kids and families around the world, Lucas the Spider is a brand-new series that features a happy, inquisitive, impossibly cute jumping spider who lives in a big, bright house in a city across from a park. Lucas' passions are to spread love, live in the now and explore his world – and that's exactly what he does, with the help of his group of best friends.

Denis and Me – Four 11-minute 2D-animated specials produced in partnership with Headspinner Productions, with the support of the Shaw Rocket Fund, will be airing on Family Channel in fall 2021 alongside season two of the popular series commissioned earlier this year.

For kids 6-11, Denis and Me follows the imagined adventures of Denis and his chaos-magnet sidekick cat, Sir Meows A Lot. Denis is friendly and super positive, an upbeat kid who loves to laugh, mostly at himself and Sir Meows A Lot. He has a big heart and is both highly excitable and highly entertaining. Through his misadventures with Sir Meows A Lot, viewers will see that it's okay to be awkward, to make mistakes, to try again, to push yourself out of your comfort zone and to always stand up for your best friend.

For kids 6-12, the brand-new series Summer Memories follows the adventures of best friends Jason and Ronnie as Jason looks back on the most pivotal summer of his life (which was just a few weeks ago). This is Jason's summer of change…and he fears change. Lucky for him, he has charismatic, life adventurer Ronnie at his side. Created by veteran animator/producer Adam Yaniv, Summer Memories transcends time, space and memory - the good and the bad - as it chronicles Jason and Ronnie's sweet, fun-filled relationship.

Ruby & the Well – Ten 44-minute live-action episodes produced in partnership with Shaftesbury, with the support of the Shaw Rocket Fund, set to launch on Family Channel in winter 2022.

In the brand-new family drama, Ruby & the Well, Ruby O'Reilly and her father Daniel are ready for a fresh start when they arrive in their new hometown of Emerald. Emerald had a glorious history, but all that's left now is a hollow echo of its past. That's when the mystery and intrigue begin. After Ruby discovers a magical well, she starts to change the lives of the people of Emerald. Wish-by-wish, the power of the entire town grows behind her. As the town mends, so do Daniel's and Ruby's hearts. However, when an outside force threatens the town, it's unknown if the goodwill Ruby has planted will be enough to take on the biggest challenge they've ever faced.

Take Note – Ten 22-minute episodes produced in partnership with Lambur Productions, with the support of the Shaw Rocket Fund, will be premiering on Family Channel in winter 2022.

Exploring the roller coaster of a reality show in a fictional setting, the brand-new series Take Note follows Calvin Richards, a talented 14-year-old singing prodigy, whose wonderful, close-knit family can survive anything, as long as they're together. Which is a good thing because Calvin was picked to compete on a tween singing reality show and they're going to spend the summer navigating the crazy ups and downs of Los Angeles, California.

Holly Hobbie – Season 3 for the award-winning tween series rolls out on Family Channel beginning fall 2021, with ten 22-minute episodes produced by Aircraft Pictures in association with Cloudco Entertainment and WexWorks Media, and produced with the financial support of the Shaw Rocket Fund and Hulu.

A dreamer and a doer, Holly Hobbie has lived her whole life in the small town of Collinsville. Holly's a teenaged singer-songwriter who's got her best friends and close-knit family by her side, but she's dreaming of ways to save the world – even if it's starting in her own backyard. In Season 3, Holly launches a social media career to help pay for her Dad's medical bills when he is hurt in an accident. At first, Holly loves her newfound fame: she's gaining followers, making money and is her own boss. But she soon realizes the influence she has on her younger fans and discovers that with great fame comes great responsibility. Over the course of the season, Holly finds herself torn between friends, family, her boyfriend and her music career all at once. Can she be a supportive friend if she is truly dedicated to her music career? Can Holly break out as great musician if she's held back by her life in Collinsville?

Set in the late-1940s on the sun-drenched cliffs of the Cornish coast, Malory Towers explores the nostalgic world of midnight feasts, lacrosse, ghost stories and lasting friendships. For a modern pre-teen audience, the show is both aspirational and inspirational because of the autonomy the girls have over their daily lives. Trusted to roam the school grounds on their own, our characters enjoy independence, freedom and responsibility for their own time. In the new instalments of the popular show, Darrell Rivers and the North Tower girls are excited to return to Malory Towers, their beloved school. The new term brings new drama, new faces and new adventures!

The Fabulous Show with Fay and Fluffy – Twenty-six 11-minute episodes for kids 3-6, produced by Lopii Productions, with the support of the Shaw Rocket Fund, are set to begin airing on Family Jr. in early 2022.

With some big wigs and glamorous outfits, drag entertainers Fay and Fluffy's goal is to share the message of inclusivity with preschoolers, cheering on children to be proud of who they are and be kind to one another. Filmed before a live studio audience of preschoolers, each episode of The Fabulous Show with Fay and Fluffy features a reading from a favorite picture book and lively discussions about themes such as celebrating uniqueness; sadness and loss; self-esteem and expression; making mistakes and moving forward; sharing; and much more. 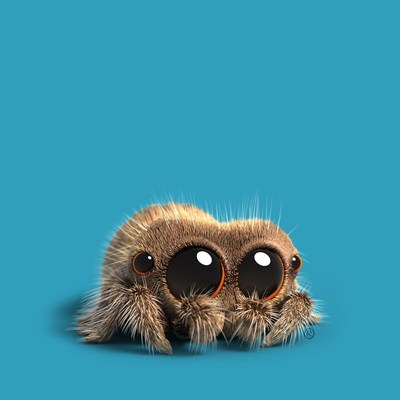 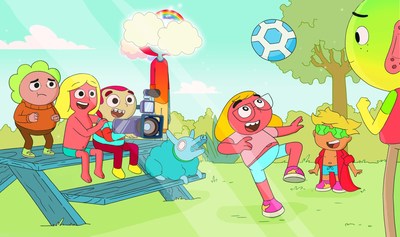 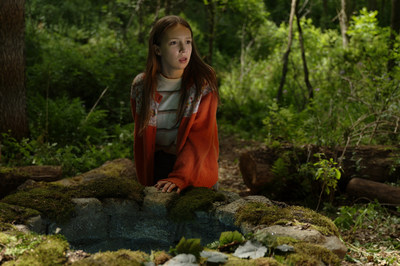 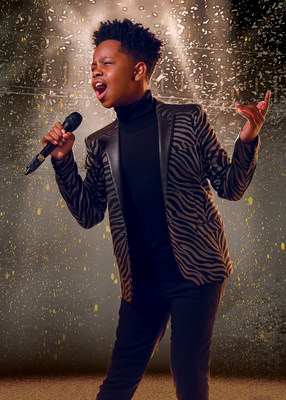