HALIFAX, NS, Aug. 24, 2022 /CNW/ - The Board of Directors of WildBrain Ltd. ("WildBrain" or the "Company") (TSX: WILD), a global leader in kids' and family entertainment, has extended Eric Ellenbogen's contract as Chief Executive Officer and Vice Chair of the Company for three years. Ellenbogen joined WildBrain in August 2019 and, since then, has bolstered the Company's core businesses, while opening new growth areas and expanding into new regions.

Ellenbogen said: "These past three years saw us deliberately build the resources and teams to create an end-to-end 360-degree platform to monetize kids' brands globally in the digital world. While this required significant and consistent investment to reposition and turn our assets to account, we are now set to generate meaningful financial returns in the years ahead. We believe we are the only independent global kids' company with this full, 360-degree suite of capabilities across production, marketing, distribution and licensing—a truly unique and valuable position in today's media landscape.

"Looking forward to our next three years, we've already built an incredibly strong content pipeline of our owned IP that we'll be bringing back to market and monetizing across our 360-degree platform. We'll continue to build on this strong pipeline and, further, we'll now look to bring on and develop more, and deeper, partnerships with third-party kids' brands. We'll also continue to look to partner with the large distribution platforms that need our capabilities to truly compete, allowing them to engage viewers wherever, however and whenever audiences want."

Under Ellenbogen's tenure to date, the company has:

As part of the Company's overall succession planning, the contract includes an option to transition Ellenbogen to Executive Chair in the second half of the term.

Don Wright, Chair of WildBrain's Board of Directors, said: "When Eric was appointed CEO and Vice Chair almost three years ago, WildBrain needed a new vision and a turnaround. In that time, he has successfully set the Company on a profitable and sustainable growth trajectory. He has built a deep and experienced management team and infused our global organization with a culture of creative excellence, innovation, accountability and inclusivity. On behalf of the Board, we're confident that Eric is the right leader to drive shareholder value, with a compelling vision for WildBrain's future."

Ellenbogen added: "I believe our management team is one of the strongest in entertainment, and I'm delighted to continue working with this talented group to cement WildBrain's leadership position in the kids' and family business. I'm grateful to my colleagues across the entire WildBrain organization for their passion, dedication and hard work, and also to my fellow Board members for their continued support and their diligence on behalf of our shareholders. It's a great time to be at WildBrain, and I couldn't be more excited for what comes next."

Prior to joining WildBrain, Ellenbogen spent over 30 years managing some of the most enduring IP in media and entertainment. He has held senior executive roles as President of Broadway Video Entertainment, President of Golden Books Family Entertainment, and President and CEO of Marvel Enterprises before its acquisition by Disney. With the backing of private equity, he co-founded Classic Media in 2000, which became one of the largest private owners of branded kids' and family entertainment and was acquired by DreamWorks Animation (DWA) in 2012. At DWA, Ellenbogen became Co-Head of DreamWorks Classics and DreamWorks International Television and was key to the company's entry into the television business. Following DWA's sale to NBCUniversal, Ellenbogen became Co-President of Classic Media, which was restarted as a business unit of NBCUniversal. Ellenbogen was a board director of Golden Books and Marvel, then both public companies.

At WildBrain we inspire imaginations to run wild, engaging kids and families everywhere with great content across all media. With approximately 13,000 half-hours of filmed entertainment in our library – one of the world's most extensive – we are home to such brands as Peanuts, Teletubbies, Strawberry Shortcake, Yo Gabba Gabba!, Caillou, Inspector Gadget, Johnny Test and Degrassi. At our 75,000-square-foot state-of-the-art animation studio in Vancouver, BC, we produce such fan-favourite series as The Snoopy Show, Snoopy in Space, Chip & Potato, Carmen Sandiego, Go, Dog. Go! and more. Our shows are enjoyed worldwide in more than 150 countries on over 500 streaming platforms and telecasters, and our AVOD business – WildBrain Spark – offers one of the largest networks of kids' channels on YouTube, garnering billions of views per month from over 245 million subscribers. Through our leading agency, WildBrain CPLG, we also license consumer products and location-based entertainment in every major territory for our own properties as well as for our clients and content partners. Our television group owns and operates four family entertainment channels that are among the most viewed in Canada. WildBrain is headquartered in Canada with offices worldwide and trades on the Toronto Stock Exchange (TSX: WILD). Visit us at WildBrain.com.

Forward-looking statements are inherently subject to risks and uncertainties that may be general or specific and which give rise to the possibility that expectations, forecasts, predictions, projections or conclusions will not prove to be accurate, that assumptions may not be correct, and that objectives, strategic goals and priorities will not be achieved. Known and unknown risk factors, many of which are beyond the control of the Company, could cause actual results to differ materially from the forward-looking statements in this press release. Factors that could cause actual results or events to differ materially from current expectations include, among other things, the current outbreak of COVID-19 and the magnitude and length of economic disruption as a result of such outbreak, market factors, WildBrain's ability to close and execute on anticipated production, distribution, licensing and other contracts, the ability of WildBrain to realize the expected value of its assets, and other factors discussed in materials filed with applicable securities regulatory authorities from time to time including matters discussed under "Risk Factors" in WildBrain's most recent Annual Information Form and Management Discussion and Analysis filed with the securities regulatory authorities in Canada and available under the Company's profile on SEDAR (www.sedar.com). 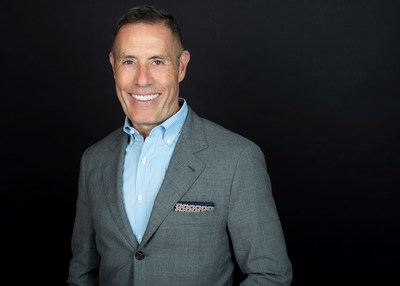